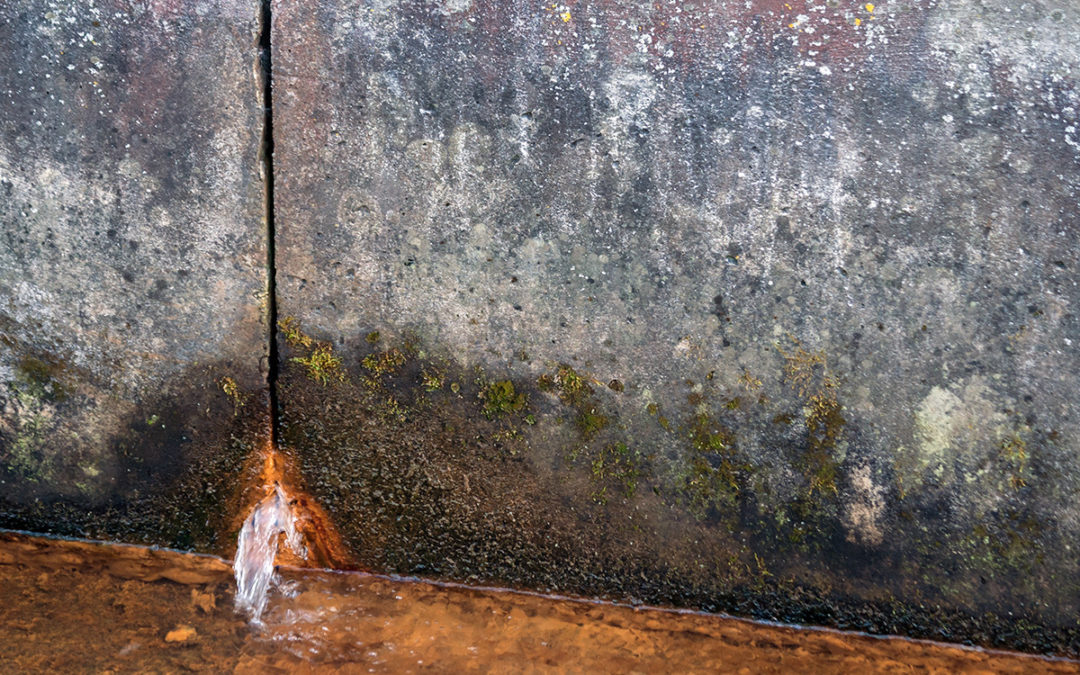 At Aqueduct Plumbing, we always recommend that our current and future customers get their pipes replaced BEFORE they run into major issues. But whether it’s due to timing, money, or other circumstances, not all homeowners get their houses repiped in time. When repiping is put off for too long, or when homeowners ignore potential warning signs, pipes can burst, resulting in major damage.

The best solution for burst pipes is a full repiping. Simply patching up burst pipes is a temporary fix for a permanent, highly damaging, and incredibly volatile problem that can rear its ugly head against at any time. Our team of expert plumbers and repipers is adept at not just identifying burst pipes and fixing the problem, but we can also handle the two most common types of leaks—slab and pin hole leaks—the way they need to be handled.

What Are the Differences between Slab and Pinhole Leaks?

Slab leaks—As the name suggests, slab leaks are found in the concrete foundation of your home, or concrete slabs that give it stability. Homes have water lines that run underneath them in their foundations, and when those pipes burst or spring leaks, they can result in major structural damage to a home’s foundation. In serious cases, slab leaks can even result in foundation collapse, rendering homes unsuitable and even dangerous to live in.

Pinhole leaks—Pinhole leaks are similar to slab leaks in that they involve damaged pipes, but the term refers to leaks found in pipes running above ground, such as in walls or ceilings. Although pinhole leaks usually don’t threaten home foundations, they can also be extremely serious. Ceilings and walls may become waterlogged, resulting in flooding and massive structural damage.

No matter which type of leak you have, it’s essential to get it fixed right away to prevent further damage, which can often be catastrophic and leave you facing tens of thousands of dollars in home repair costs.

How To Tell When It's Time To Repipe Your Home

How Can You Tell if You Have a Slab or Pinhole Leak?

It’s important to always be on the lookout for potential signs of leaks in your home, including both slab and pinhole leaks. If you notice any of the following signs, call a plumber right away for an inspection:

Slab and pinhole leaks can occur due to a variety of reasons, including damage before pipes are even installed. It can also result due to poor installation methods, a shifting foundation, wear and tear, and corrosion of cheap pipes.

Our team of repiping specialists knows that many homeowners are hesitant to call a plumber when they suspect something is wrong, but they aren’t quite sure. After all, no one wants to shell out big money for an inspection when it’s a false alarm. Because we’re invested in helping homeowners avoid massive, preventable damage to their homes, we offer free estimates.

There’s no risk or obligation when you call us. We’ll come to your home and determine the source of the problem and how much it costs to fix it. Then, we’ll get to work ensuring that your home’s pipes are safe and solid for many, many years to come.

Don’t risk major damage to your home if you suspect something is wrong, and don’t delay on a rushed or patch job to previous slab or pinhole leaks. Get our team of experts on the case and get the peace of mind you and your family deserve. Contact us today for your free repipe estimate.

Any cookies that may not be particularly necessary for the website to function and is used specifically to collect user personal data via analytics, ads, other embedded contents are termed as non-necessary cookies. It is mandatory to procure user consent prior to running these cookies on your website.